Figure 1: Radiation pattern of a directional antenna, in dB gain.

Figure 2: A rooftop TV antenna is a dipole antenna. 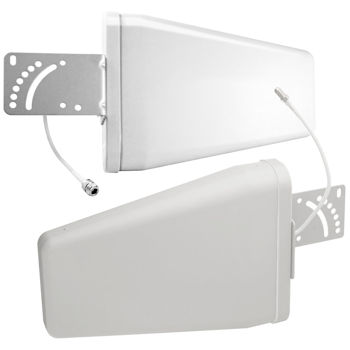 Figure 4: The dipoles on an LPDA antenna increase in width down the length of the boom, forming a triangular shape.

Figure 5: The dipoles on a Yagi antenna are the same (or nearly the same) width down the length of the boom.

This blog entry is going to get a little technical, so let’s nerd up and examine how a directional cellular building antenna works:

There are four parts to a cell phone signal booster system:

In this article, we’re going to discuss directional antennas.

How a directional antenna works (in the plainest English possible)

As “directional” indicates, this type of antenna works by being pointed (or focused) toward the source of the signal.

A directional antenna’s signal pattern can be compared to the light from a flashlight: It’s strongest at the center of the beam, and tapers off toward the edges, only illuminating a small area where the flashlight is pointed. Similarly, a directional antenna has a horizontal beam around 40 to 80 degrees wide, depending upon the antenna type. The center of the beam is always the area of strongest signal. (See Figure 1.)

A directional antenna consists of a long boom, to which are attached a series of conductive metal rods, called dipole elements. A dipole element must be the same length on one side of the boom as its counterpart on the other side (getting technical, this means they’re bilaterally symmetrical). The combined span of two dipole elements is half the width of the wavelength of the radio frequency on which they transmit and receive (a half-wave dipole).

If you grew up before the mid-1980s, you may remember when every house had a huge television antenna mast on the roof (see Figure 2); that’s an example of a dipole directional antenna. Rooftop TV antennas actually include two different types of directional antennas on a single mast, which brings us to the point of this article:

An LPDA (log-periodic dipole array) antenna is an assembly of dipole elements, with each dipole element on the boom longer than the one in front of it, giving the antenna a triangular shape (see Figure 4). Because it has many dipole elements of different lengths, an LPDA antenna can transmit and receive across a wide range of frequencies.

Many people (including Wilson Electronics themselves) refer to LPDA antennas as “Yagi antennas.” A Yagi–Uda antenna (named for the two Japanese engineers who invented the design) looks similar to an LPDA, but there are important technical differences between the two. The biggest difference is that the dipole elements on a Yagi antenna are the same (or nearly the same) length along the entire length of the boom (see Figure 5). With a Yagi antenna, only one pair of elements transmits and receives radio signals; the other elements amplify the signal and reflect it to the active pair of elements. Because only one pair of dipole elements is active, the Yagi antenna design works on a single frequency or a very narrow range of frequencies.

A cellular Yagi antenna can only operate in a narrow frequency range. This makes a Yagi antenna ideal for public safety systems or other applications where the user only needs to amplify a specific set of cellular frequencies.

Most commercial and residential cellular signal boosters, however, need to be able to operate across a wide range of frequencies (700–2200 MHz). If a directional antenna is called for, it’s best to use an LPDA wideband antenna.